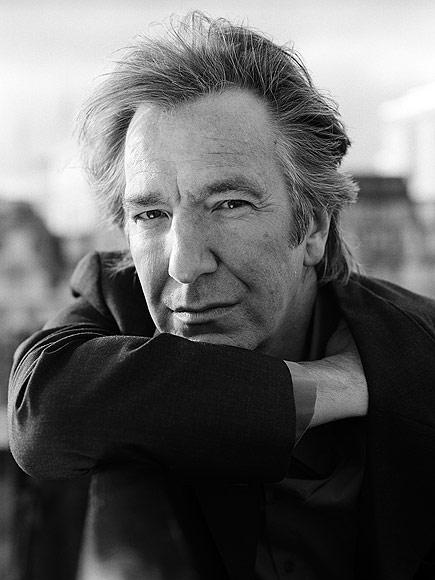 The world was still mourning David Bowie when Alan Rickman, another 69-year-old British legend, succumbed to cancer on the 14th of January. Like David Bowie, Alan Rickman was seen by his peers as an especially thoughtful person, who went out of his way to support and mentor young talent.

Emma Thompson, a fellow actress and close friend of Rickman paid this beautiful tribute to him;  “What I remember most in this moment of painful leave-taking is his humour, intelligence, wisdom and kindness. His capacity to fell you with a look or lift you with a word. The intransigence which made him the great artist he was – his ineffable and cynical wit, the clarity with which he saw most things, including me, and the fact that he never spared me the view. I learned a lot from him. He was the finest of actors and directors. I couldn’t wait to see what he was going to do with his face next. I consider myself hugely privileged to have worked with him so many times and to have been directed by him. He was the ultimate ally. In life, art and politics. I trusted him absolutely. He was, above all things, a rare and unique human being and we shall not see his like again.”

For many of us, Rickman holds a special place in our hearts when he brought to life the spectacularly complex character of Severus Snape in the Harry Potter films. We grew up watching his depiction of Snape, first loving to despise him, and later, admiring his principles. His incredibly dynamic portrayal in the last installment was utterly heartbreaking, Rickman’s depiction of Snape and his complete devotion and love of Lily Evans, broke hearts across the whole world, the ultimate double agent. It’s hard to put the impact he had in words, so here’s a moving photo, of fans holding an impromptu memorial at the Wizarding World Of Harry Potter.

Other notable films he (or his voice) have been in include the 2003 cult classic “Love Actually”, the original “Die Hard”, the wonderful classic: “Sense and Sensibility” and as an android in “The Hitchhiker’s Guide to the Galaxy”. Other films Rickman has featured in include “Robin Hood: Prince of Thieves”, “Dogma”, “Rasputin: Dark Servant of Destiny” and many others.

We have one film left to look forward to. The adaption of “Alice Through the Looking Glass”, planned for released in May 2016, posthumously features Alan Rickman, who had reprised his role as Absolem the Caterpillar from the 2010 adaption of Alice in Wonderland.

Finally, one of his last projects was narrating a charitable Youtube video featuring a lovely tortoise. The aim of the video was to go viral, as the more views, the more money is donated to Syrian refugees. As Rickman once said, “Actors are agents of change. A film, a piece of theater, a piece of music, or a book can make a difference. It can change the world”, so in his memory, be sure to click on this link and help a cause he deeply cared about.