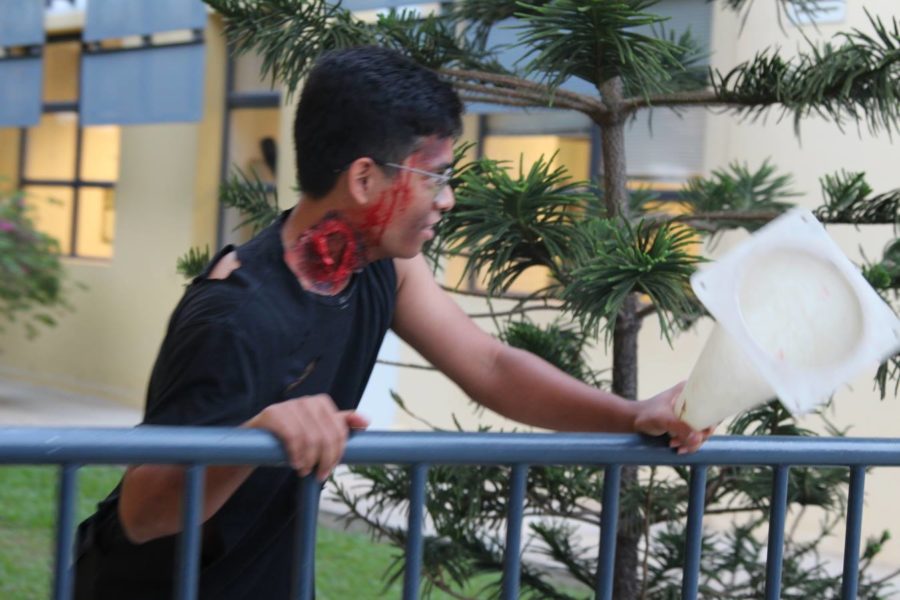 Last Friday, 27th of October, the Senate hosted a Zombie Run at the end of a cheerful Spirit Week in order to psyche the student body up for Halloween. The Zombie Run is somewhat developing into a school tradition as an annual event, inviting both High school and Middle school students. The purpose of the event was to build school spirit in advance for the coming Halloween. Middle School students excitedly joined the race, composing most of the 200+ participants in the Run. 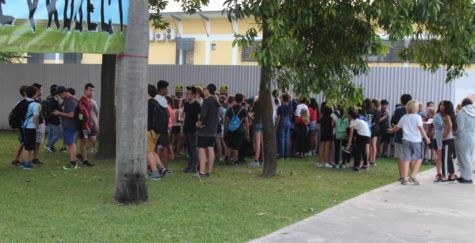 Zombie Run, a race to reach the “safe zone”/ Movie Night venue, involved a total of nine checkpoints where participants decipher clues, like in a scavenger hunt, and race to the victory line while trying to stay alive from zombies. The winner was to win a prize: a free snack and a drink, which initially attracted many hungry and weary participants. However, a fundamental part of the challenge was to not get caught by Zombies, played by Senators and volunteer actors, and to keep the glow-in-the-dark wristband, representative of the runner’s “life”, secured for the rest of the race. Many agreed that the pure thrill of running away from the gory “flesh-grabbing” student zombies (hidden in the dark cornices of UNIS or trailing by the eery construction fences) dramatically intensified the scavenger hunt! If caught, participants were allowed to continue with the challenge but were no longer eligible of winning a prize at the end. 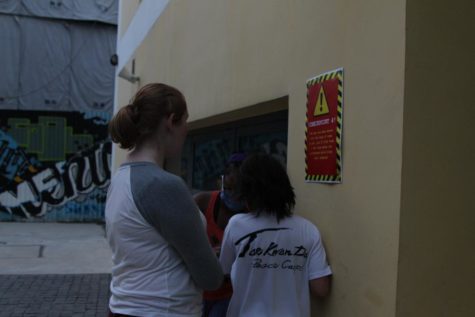 Generally, the participants had expressed enthusiasm for the game and promised to return the next year. However, there were some complaints and propositions for the Senate to improve upon.

“The Zombies seem to target the younger kids more,” a grade 11 student, Thanh Le, complained. This was a “bummer” because many high schoolers were expecting a challenge. A group of six graders reported that the high school students who took part stood a better chance of making it to the end “alive” because the zombies weren’t focusing on them.

The same group of students was also disappointed when they reached the last checkpoint. “We were told at the middle school assembly that anyone who got to the end alive would receive a prize,” they claimed. Thus, coming in second place was unsatisfying because only first place participants ended up receiving the award, and they were told otherwise. The winner of the race, completing under 30 minutes of the 1-hour race, was a group of 11th graders: Kevin Gibney, Thanh Le, Hannah Bennet, and Max Knight. 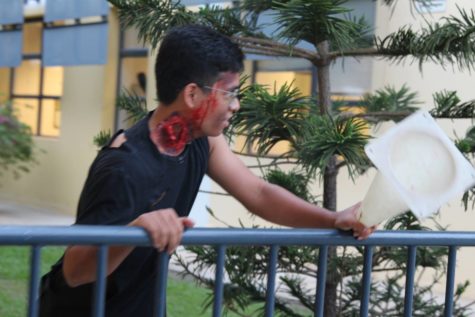 On the other hand, this year’s Zombie Run was a significant improvement from the previous year’s. According to Zeke Edwards, the President of the Senate, this year’s turnout was incredible! The Senate was not expecting 200+ participants, and so could not accommodate wristbands for all players.

“Being a zombie was very tiring, especially considering we were short on zombies and there were so many runners! But overall, I think the event was very well organized!” said Carla Christina from Grade 10, a Senator-zombie actor. The Senate has received positive feedback from other players as well, for organizing an entertaining and memorable event to end the October Spirit Week.

“I really liked the costumes – the Zombies were made to look so realistic that some of my friends were terrified!” said Dafydd Rusinow, Grade 6. Those who were asked to rate the event out of 10 responded with ratings 7 or higher.

All in all, it seems that the event was an enjoyable experience for most participants, although some felt that there could have been a fairer prize awarding system at the end of the race. On that note, Vice President of Events, Minh Anh Nguyen, have apologized for the miscommunications that took place and have promised that the Senate will continue to strive for improvement in next year’s Zombie Run. We will definitely look forward to what the Senate has to offer in the following Halloween’s event!