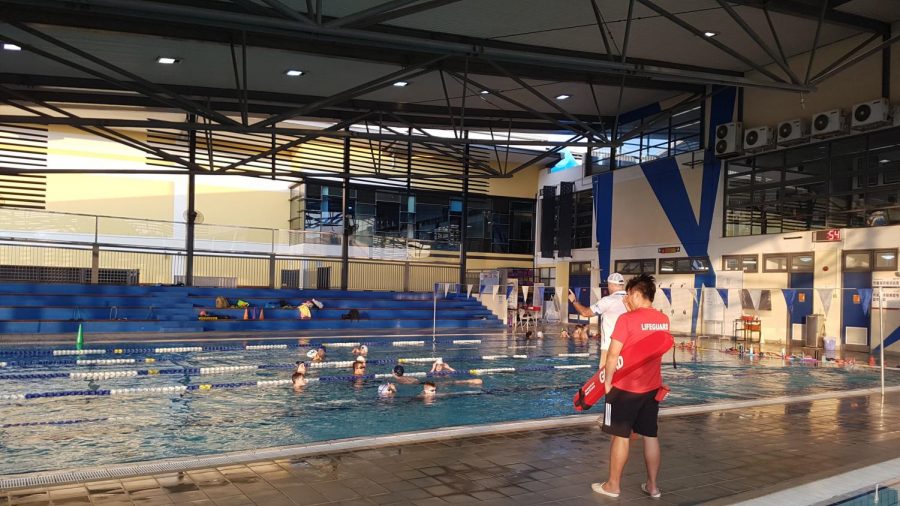 The captains have expressed satisfaction with the new training method, and the majority of the swim team is already seeing slight improvements. Nine of the 13 swimmers who went to the recent invitational meet in Bangkok achieved their best times.

The method involves setting a hit time for a 25-meter sprint and then attempting to swim 15-30 sprints while maintaining the hit time every 25 meters. As the swimmer improves, their hit time is adjusted to challenge them accordingly.

It is similar to practicing for a sprinting race by doing short sprints over and over instead of jogging around a track for many kilometers. The training method was introduced by Coach Martin Hamilton to help swimmers refine and practice technique at ‘race-pace’ speeds.

“This model provides not only quick improvements in speed but ensures adequate rest, shorter specific sessions, less ‘wasted’ mileage and enjoyable daily target setting,” Coach Hamilton stated. Previously, practice and drills including various activities which covered all areas, but the new training method allows swimmers to achieve their goals without swimming as far.

“It must be noted that the real results will be shown after a year or two and not overnight,” Coach Hamilton said. According to Coach Hamilton, swimmers who have been swimming since the start of September have all seen their hit times decrease. 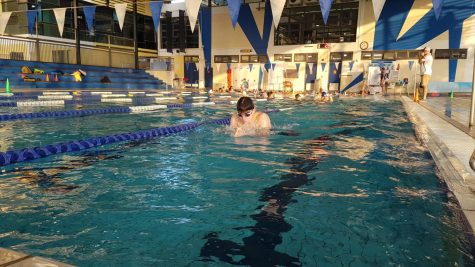 For the most part, members of the swim team have expressed positive opinions on this new training method.

“I think race pace training is a great new way of training. It is a lot different from how we trained before. The training really focuses on sprinting which is important for me as I am a sprinter,” said Flora Hamilton, female captain.

Honza Kruber, the male captain, expressed similar opinions on this new method; however, he also believes that this training method is designed for sprinters rather than long-distance swimmers as it is specific for sprinting shorter distances instead of practicing long distance drills. Kruber had also said that he would prefer combining the two types of training so the team would do well in both sprints and long-distance swimming.

The UNIS Swim Team might have a better chance at the APAC Events compared to the previous years if all swimmers dedicate themselves to the USRPT. Both the captains and coaches have firmly expressed their opinions that this method could lead to improvement for the swimmers.