Is there a problem with the “Common room” Arrangement? 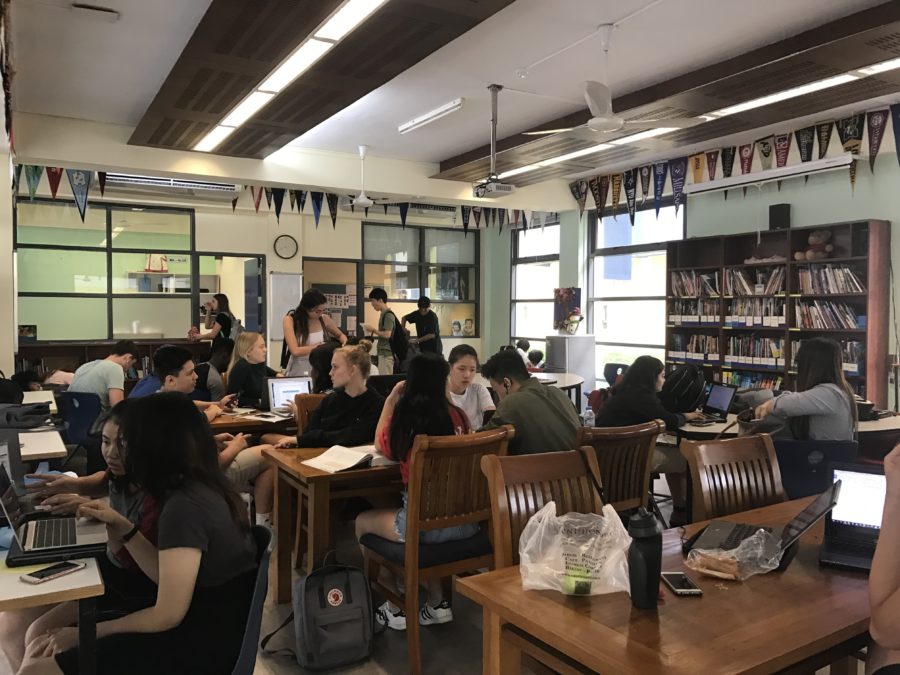 The UNIS common room had originally been an exclusive space for seniors; however, this year, the new “DP Lounge” has been opened up to both juniors and seniors. This new initiative has raised mixed responses and concerns among the Grade 12s. Here are a few comments that embody the seniors’ general sentiments:

“The arrangement – it’s complicated. I don’t like it much because there are a lot of people, it’s noisy, and I am often disturbed in this space. There should be rules and consequences – temporary bans from the space… maybe even permanent!” [John Yoo]

“I like the prospect of sharing the lounge, but I’m not a fan of its execution. The idea of supporting each other is great; however, space is limited. There should be alternative spaces. Sharing one space is hard, and rules should definitely be implemented to set a standard.” [Kate Sharman]

“I understand why this arrangement between the Grade 11s and 12s was made, but I felt that administration forced this onto us the moment we stepped back – we weren’t given a heads up, and we certainly did not ‘vote’ to allow the Grade 11s in. It’s not that the Grade 11s are innately disrespectful but they can be loud. Sometimes we do need our own space, and I think that we should be given priority. Space isn’t available right now, but the Senate should talk to the Grade 12s to come up with viable solutions.” [Lan Anh Foster]

“Of course, this happens to just a small number of us, but sometimes I think that they [Grade 11s] can be disrespectful. I remember asking a group of boys to be more quiet because I was doing my college applications, and they just looked at me like ‘who does she think she is?’ and ignored my request.” [Ha Nguyen]

Complaints about the Lounge are not new, and the Senate has been working hard to come up with platforms for discussing possible solutions – a recent example being Grade level Town Hall Meetings. But, what solutions have actually come up? Below are summaries of comments of leading members of the Senate:

“This is the first year that we are sharing the common room with the Grade 11s, so obviously there’s going to be some adjustment issues. When the Grade 11s become seniors, it’s going to be normal that they are sharing the room, and so, in this sense, sharing the room becomes normalized. I think that people just need to get used to the new arrangement, give it time, and change their attitude. We’re setting the new standard now, and this arrangement will be normalized in no time.” [Zeke Edwards, President]

“The Senate has been discussing this – the new arrangement is just a matter of normalization. We’re coming up with a Common Room Committee to implement guidelines and to redesign furniture in the space. Also, from the Grade 11 Town Hall Meeting, Ms. Gibbons has provided a list of classes that are open during SEAL blocks. Hopefully, this will help spread the students out during peak periods.” [Julia Choi, Vice President]

As Mr. Stroupe aptly puts it:

“The room is definitely being used a lot more by a lot more people than last year. On that measure, it’s great that we’re making better use of the space and that interactions between the Grade 11s and 12s are happening more frequently. However, the main worry is that the Grade 12 class may find it harder to “bond” as an individual cohort (who prefers having personal space). This isn’t necessarily a problem that can’t be overcome – it is more like a conceivable challenge.” 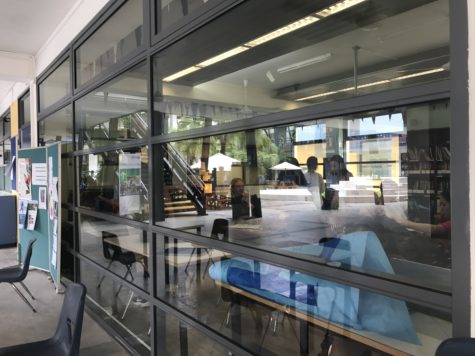