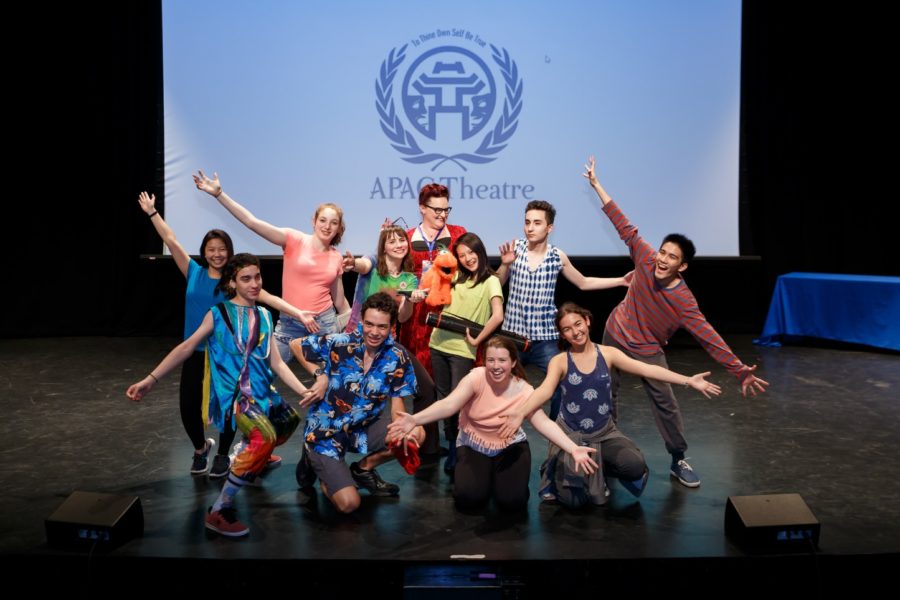 Sixty students. Six schools. One theatre stage. Of course, this is no huge feat for UNIS who has hosted Super APAC for football before, where all 12 schools from the Philippines, Korea, Japan and China descended on our institution to compete. 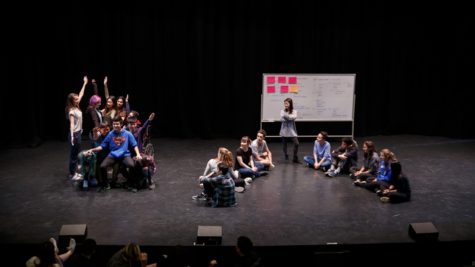 However, that’s not what I’m going to write about today. All the people who were a part of the APAC Theatre festival worked very hard devising their performances, all with either a political undertone or with subtle hints of societal issues placed in different scenes based on the springboard “To thine ownself be true”. Before you ask, no, this isn’t an article where I explain the thinking process behind our satirical and slightly creepy piece, but how can I show you the wonders of the acting world without using the only performance piece I know the best?

Acting is a great way to explore our bodies and creativity. But, that isn’t just what theatre is for. You can use theatre to show your political values, protest against the government or make a statement. But I’m sure you all already knew this. Barbara Pitts McAdams, our lead guest director knew this all too well. She works at Tectonic Theatre, who produced The Laramie Project, a real story taken from viewpoints of different people from Laramie, Wyoming about the beating and death of a young gay man. APAC Theatre used the same technique of taking real-life interviews with people and transforming it into a performance which was exhibited on Saturday. 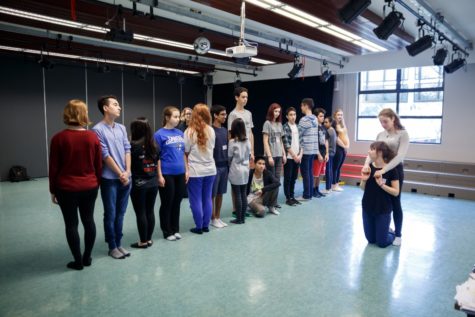 Our UNIS APAC Theatre group looked at the issues of today: racism, sexism, homophobia, substance abuse, special needs students, consent… taking these issues and brooded and toiled and practiced over and over and over again until we came up with a children’s TV show. In my (and perhaps others’) opinion, that added another societal issue to the list: the idea of media culture. But, like Sabin said in his final speech: we hope you spend time pondering what you saw on Thursday. We know we were making a joke and humorizing a lot of scenes, but if you were laughing and then tossing the performance to the back of your mind, what other things are you turning a blind eye to?

In this era, it is even more important to stand up for what you believe in. With the recent election in America, the Brexit referendum in Britain, a controversial presidency in the Philippines, and an extremely conservative candidate doing surprisingly well in France, it seems far away to this small school in Viet Nam.  Just because you are unattached from this horror, doesn’t mean it doesn’t exist. We have seen anger, discrimination, and violence reach an all-time high around the world.  A recent law that Trump axed was that students who identified as transgender are no longer under federal protection, meaning they can’t go into bathrooms of the gender they identify with, but the sex they were born with. Marine Le Pen also recently refused to wear a headscarf when meeting with Lebanese religious leaders. 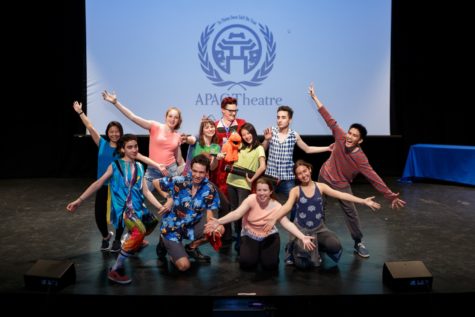 After the results of the American election were released, I was heartbroken. Britain had already voted to leave the EU a few months prior, meaning I, with my British passport, wouldn’t be able to go around Europe easily, and now America had voted for a sexist, racist man who looked like a joke (and still is, even now). But, I knew many people at UNIS didn’t share the same views as I did. They didn’t see a powerful country falling to hate, a generation of young people losing their hopes and dreams. They saw entertainment. In a way, I did too. Trump was amusing; his views and beliefs are so out there, that they had to be a joke, didn’t they? But this wasn’t something to laugh about. But I was shy, too shy to say that to people I didn’t know, though I felt very uncomfortable and almost ashamed when I heard a group of people walk past laughing at the stupidity of the Americans and how “screwed” we were from then on. I may have been cowardly, but someone in my class voiced my thoughts. In that way, they were being true to themselves. 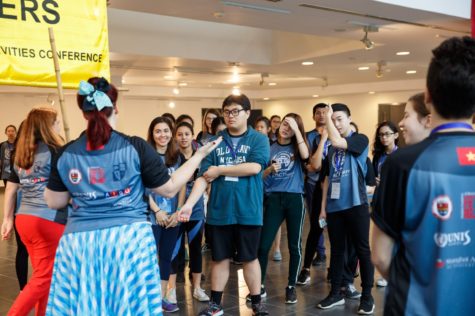 Thinking back on that event, I wanted that to be mentioned in our piece. “If you’re clapping for this obscene, disgusting performance that we just put on, what are you clapping for outside of this theatre?” is what I told the group.

Being true to oneself isn’t some sappy saying that has an obvious answer. You can’t always be true to yourself because that would just be selfish. But you can’t always be trampled on because then you wouldn’t be able to shape your own opinions. There’s a thin line between the two, but we hope you’ve had the time to think about what you’ve seen. Thank you. 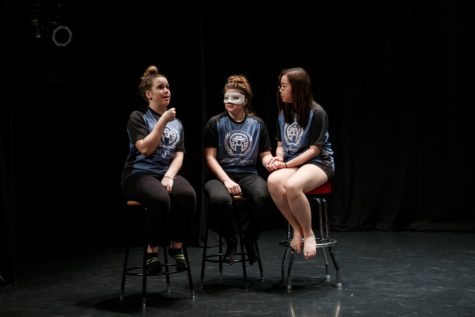 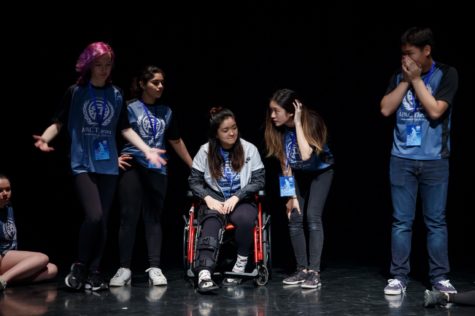 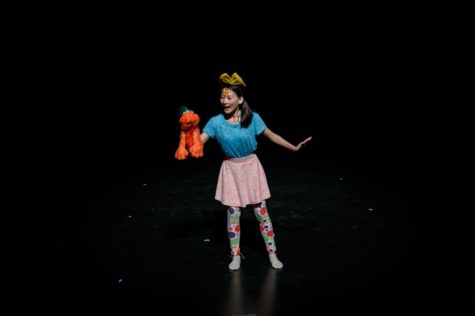