The Impact Fund Committee: Fueling Passion into Impact Through Opportunities 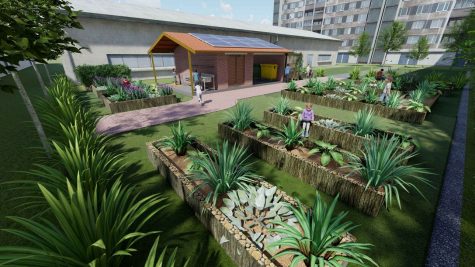 In 2019, the Impact Fund Committee (IFC) was established in hopes of fostering a culture of impact-centric projects in the UNIS community and the local community. At large, the IFC’s vision of fueling passion into impact through opportunities aligns with the UN Sustainable Development Goals (SDG) of tackling global problems as a collective community. The diverse committee of members— which includes student representatives, faculty, staff, alumni, parents, and admin—has maintained the idea of philanthropy, which they define as “the giving of time, skills, money, and other resources by members of our community”

The functionality of the IFC revolves around fundraising, in which funds are allocated into two branches: goals and grants. Goals, larger projects, are finalized by the committee, while grants are tailored towards smaller projects by individuals and smaller groups on a demand basis. To maximize engagement with the student body, the IFC has approached its larger projects in an extensive and transparent manner, involving the participation of the whole school body in the decision-making process. As for grants, the committee values and encourages impact, emphasizing the potential social value of proposals rather than profitability.

As grade 12 senior Dylan Kim quoted, the IFC has effectively advertised “its availability to the student body via promotions on TinTuc, the assembly, or emails” in which its “social presence is very open and active for students to discover.” He also stated that “the faculty in the committee are also very supportive. Rather than going against proposals, the aim is to help pivot the proposal so that it is feasible.” Similarly, grade 12 senior Binh Vu believes that the “IFC [doesn’t] discriminate against any type of topic. Whether it’s on the environment, mental health, or STEM, all passion projects are encouraged.” 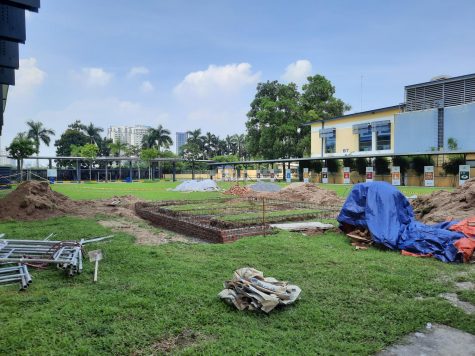 Since its inception, the IFC has fundraised a total of $124,645, using such funds to house success and make significant progress in both branches despite the adversities that have arisen during the pandemic. Notably, the IFC has been working on establishing a Botanical Garden and Sustainability Centre on campus, and UNIS Solar, a project focused on increasing solar power use throughout the school. Over the summer, the final design for the garden has been finalized on the basis of its goal to celebrate Vietnam’s indigenous plants and create a learning hub for students. In collaboration with the Sustainability Committee, the IFC plans to construct a recycling center, compost site, practical tool shed, and a recycled water system to build a system that operates sustainably. On the other hand, for UNIS Solar, the committee has installed 12 solar panels on the roof of the bus shelter, in which its tangible impacts can be observed through the eSolar Air app. Just in August, the panels offset 0.8 tons of carbon dioxide emissions.

However, large projects are not the sole definition of success. Students Binh and Dylan have both spearheaded their respective projects under the financial support and guidance of the IFC, which have had an impact in the UNIS community and beyond. Binh, an advocate of mental health amongst youth, established BlueBlue, a national mental health hotline for those between 15 – 25 years old. The grant from the IFC played a pivotal role in its success as it was used to pay the professional operators that directly support the hotline’s services, which operate 24/7. Today, Binh’s project has been nationally recognized by media and donors, but, perhaps most importantly, has provided professional services to youth that are in need, leaving an invaluable impact on the community. On the other hand, Dylan, an avid entrepreneur and coder, created the game Infection Simulator in hopes to promote awareness of the pandemic in an entertaining way “as an alternative to news, statistics, or research that often lacked attractiveness to younger audiences.” Notably, the game has reached 4000 co-current player visits in a month, receiving an award.

To many, it may seem difficult to bring their ideas to fruition, but all you really need is a plan, effort, time, passion, and a support system. Binh and Dylan’s projects epitomize the nexus between student passion and facilitators like the IFC. With the help of the IFC, any student has the opportunity to start up their own project by simply applying for a grant through this form. Additional information and instructions for the application process can be found on the IFC website. If you have any questions or concerns, please contact impact@unishanoi.org.