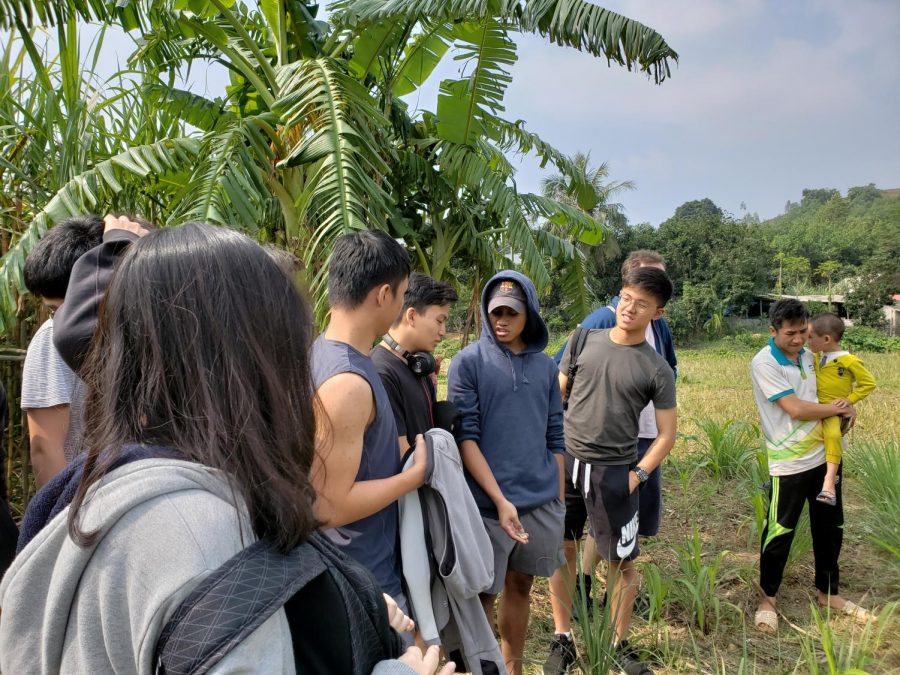 Since 2014, UNIS students in the service learning group Microfinance for Change have worked alongside the non-profit organization Bloom Microventures to provide microloans to rural farmers in the Hoa Binh province, giving them the small kickstart that could ultimately change their lives. “Microfinance is an opportunity for people that have no other opportunities to change their lives,” said Nathalie Grun, an advising teacher of Microfinance for Change.

Ly Tran, the liaison between Bloom Microventures and Microfinance For Change, has observed substantial growth in the number of people who have been helped over the years: “We have been helping over 200 farmers in 6 different villages in the Hoa Binh province.”

Working with the women’s union of the Hoa Binh province, Bloom Microventures seeks out entrepreneurial women looking for economic opportunities to improve their financial wellbeing. “Our mission is to help the underprivileged women in the Hoa Binh province… and we provide them with entrepreneurial opportunities,” said Grade 12 student Enus Fina, the director of Microfinance For Change.

Nguyen Thi Hieu was a farmer who raised pigs to be sold as livestock in the Ky Son district of Hoa Binh. She would raise pigs off of an invested initial capital, sell the pigs, and then, reinvest the remaining funds towards caring for their pigs. However, starting in 2013, the Vietnam Swine Crisis began. The supply of pigs grew at a rate much quicker than the inflation of its prices, which subsequently tanked the prices of pigs. This sent a lot of farmers such as Thi Hieu, who had invested heavily in pigs, into substantial amounts of debt.

As her husband left for the city to seek work to pay off the debt, Thi Hieu was in a situation where she had to find another source of revenue for her family. Initially, she “felt reserved,” about seeking out help from her community, but she managed to come into contact with the women’s union of Hoa Binh about a year after the crisis. That was her introduction to Bloom Microventures and Microfinance For Change. After an assessment of her current circumstances, household, and family situation, she was given a loan of 2,000,000 Vietnamese Dong. Using the loan, she invested in goats, which proved to be successful and allowed her to pay back the loan. Furthermore, she expanded her farming business to also sell chickens and is currently raising an approximate number of one thousand chicks. Reflecting on her loans from Microfinance For Change, she commented, “I felt motivated and took the loan as an opportunity.”

Considering the fact that Microfinance for Change heavily relies on a steadily recycled sum of money, it is imperative that the assessment process is done correctly, said Grade 11 student Da Hyun Yu, the co-director of Microfinance. The assessment criteria focus heavily on their economic circumstances, health conditions, and families. A total of ten criteria are measured on a scale from 1 to 10 and added up to obtain a score out of 100. Based on their score, loanee applicants are placed into three classifications of risk: high, medium, and low. All applicants are assessed by members of the service group and overseen by the advising teachers, Donna Frose, Cody Taggart, and Natalie Grun.

Ms. Natalie Grun has been with the service learning group for well over a year, so she has had many experiences with the loanee farmers of Hoa Binh. During her first year with the group, she read over and assessed a loan application. Around half a year later, she visited the loanee in Hoa Binh to observe how the loan had been used. It had further use than developing a farming business and building a house: “I felt it was powerful how it showed how her life had changed,” Grun said. Microfinance for Change is a group changing a local community for the better or as Grun phrased it, “We’re enabling them to transform their lives.”