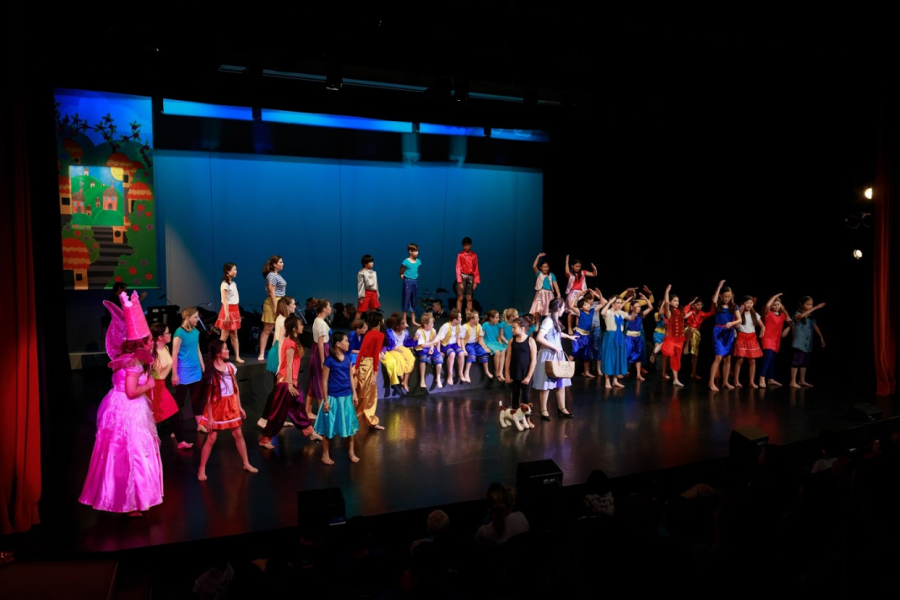 With the school year quickly approaching its end, it is no exaggeration to state that one of the most astonishing achievements of this year was the musical production, The Wonderful Wizard of Oz! The musical was on four consecutive days from Thursday, May 10th to Sunday, May 13th. A unique aspect of this year’s production was that all three divisions (elementary, middle, high) were actively engaged in producing the musical.

The plot of the musical is largely based on the classic American children’s novel The Wonderful Wizard of Oz written by author L. Frank Baum. Despite being an older novel originally published in 1900, its story is nonetheless ageless and cherished by many. This meant that the audience could initially be more engaged with the familiar characters, scenes, or songs; however, there is also the possibility that the familiarity of the plot was a drawback since audience members may have found the plot predictable. Despite this, many members of the UNIS community, including Grade 11 student Khanh Linh Duong, decided to give the production the benefit of the doubt, and were happy to see that the cast had fused in their own creative twists here and there.

Another audience member of the musical was Alvaro Grana, a DP Spanish and Theory of Knowledge teacher, who watched the musical on Saturday, May 12th. When asked what he enjoyed most about the musical, he replied that he “loved everything about it!”–he specifically identified “choreography, the rhythm, the stage set, and the transitions” as some of the many successes of the show. He also thought that the cast was well-chosen.

Kristen Twynam-Perkins, the musical’s director, said that the idea for a full school musical “came from the fact that we have such a strong performing arts group at this school across all three divisions and this year being the 30th anniversary of the school, we thought what better way to celebrate than to have it be a massive celebration of the arts?” Certainly, the musical was an explosion of artistic talent from all of its members.

Twynam-Perkins also mentioned that the musical is special in that “all areas of the arts are involved” including the “art in designing the sets” and assistance of the design teachers. “It’s giving a lot of people a really massive chance to participate and be part of something that may never happen again,” she said. Indeed a massive collaboration of talent, the musical involved over 95 kids in total from the youngest students in Grade 4 to the oldest in Grade 11.
As for the rehearsal, the elementary and middle school cast practiced together. Because there were two elementary casts (Cast A and Cast B), which each performed in two performances, everything had to be rehearsed twice and Twynam-Perkins had to block everything twice.

This year was also a special attempt by the publicity team and Jackson Garland, Head of the Arts Department, to digitize the ticket sales using Ticketbooth, a website that works with event organizers worldwide. Several students who purchased their ticket from the website felt that this method was very convenient and efficient, especially as there was no commotion in the front of the canteen as was the case in previous years.

One stand-out moment was when the dancers used their movements to replicate the tornado. People were extremely curious about how the Wizard of Oz crew would portray the twister, as this is a vital part of the plot. To people’s surprise this was one of the most impressive acts. The dancers wore strips of fabric on their clothes that flapped as they twirled and spun on stage to symbolize the gusts of wind.

Another noticeable aspect of the musical was the great vocals from the actors. The scarecrow of Cast B, Noi, received a huge round of applause and cheers from the audience during the Sunday performance after her solo song, “If I Only had a Brain.”

Often, it is the actors who are in the spotlight (both literally and figuratively) and the efforts of the participants off-stage go unseen. One such group is the pit orchestra who supported the musicality of the production with their instruments and their strong talents at the back of the stage behind the rostra.

Two 11th grade students, Rosa Nguyen and Yeon Su Park, both played Violin 2 as part of the pit orchestra. They said that pit orchestra was a collection of some of the most skilled orchestral students at UNIS. To prepare for the musical, they practiced after school on all weekdays and even on Saturdays, amping up the intensity as the day approached. The pit orchestra could not have come together without the conducting skills of Luke Dallagrana, the DP Band Teacher.

Park and Nguyen said that communication with the acting crew was initially hard, but that it became increasingly easier towards the end with practice; there was improvement in playing each day. The percussion and music was a critical part of the play, like the signature “We’re Off to See the Wizard” that repeated each time the main characters were skipping towards the Emerald City. To make sure that the music volume was loud enough to be clearly registered by the audience, they selected a few musicians from each section (e.g. Violin 2 and Violin 1) so to attach a microphone to their instruments; this helped to maximize the sound.

Grade 11 student Phuong Le, the rusty Tin Man, has participated in some of the previous UNIS productions including last year’s Once Upon a Mattress. He said this year’s production was the best yet. 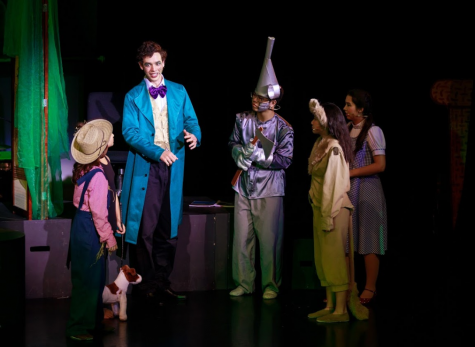