Zika Outbreak: All you need to know 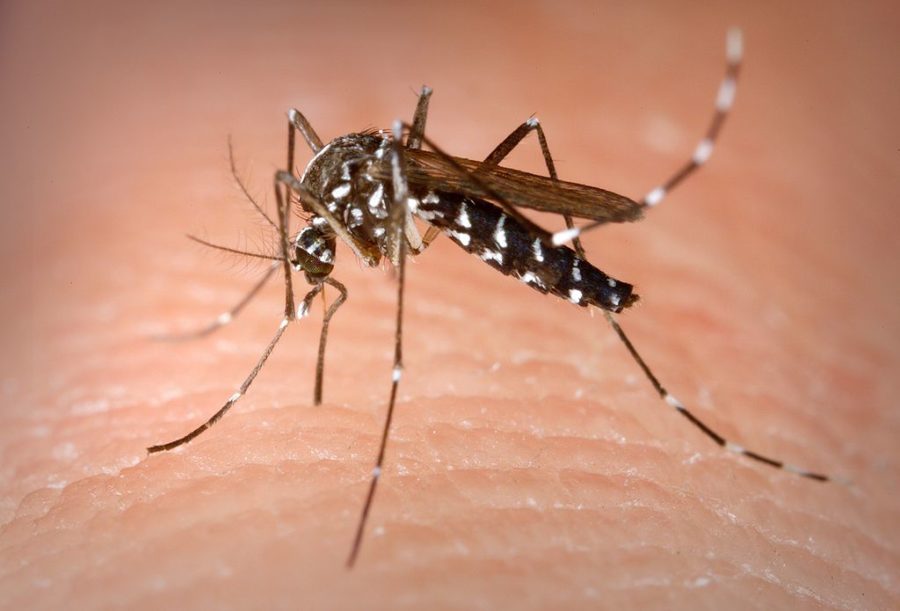 Video
What is Zika?
The Zika virus is a mosquito-borne infection which has spread significantly across the globe. Though the virus was first discovered in 1947, it has spread rapidly across several continents since the first infection was reported in Brazil in 2015.

Twenty percent of those infected do not display any symptoms, and for most people, the Zika virus is a very mild and non-harmful infection. However, scientists believe that there is a link between the Zika virus and children being born with smaller heads – microcephaly.

“Microcephaly Comparison” by Centers for Disease Control and Prevention is licensed under Public Domain
What happens if I get infected? 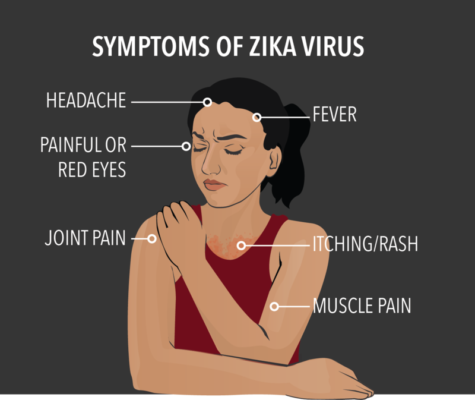 “Symptoms of Zika Virus” by Beth.herlin is licensed under CC BY-SA 4.0

Whilst many people infected with the Zika virus do not display any symptoms, the most common symptoms of Zika are:

Symptoms usually last for several day to a week. Once a person has been infected with Zika, it is likely that they are protected from future infections.

However, research has shown that the virus can cause microcephaly and other congenital abnormalities in babies born whilst the mother is infected. 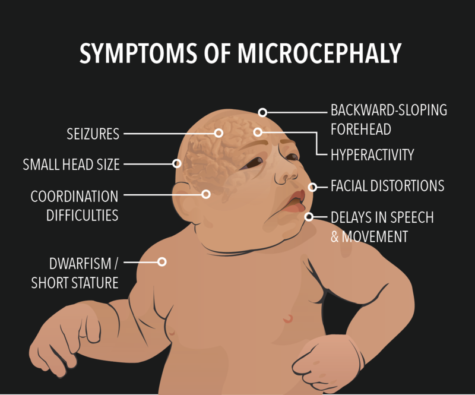 “Symptoms of Microcephaly” by Beth.herlin is licensed under CC BY-SA 4.0

The World Health Organisation (WHO) says there is strong scientific consensus that Zika can also cause Guillain-Barre, a rare neurological syndrome that causes temporary paralysis in adults.
How does Zika spread?
Zika is spread mainly by Aedes mosquitoes – the same transmitters of dengue and the chikungunya virus. There is also sufficient evidence of transmission occurring through sex with an infected person and from mother to child during pregnancy. 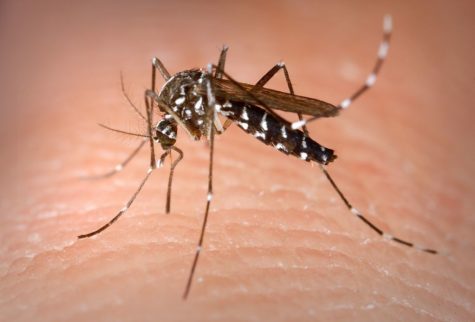 “Aedes Albopictus” by James Gathany/CDC is licensed under Public Domain

Aedes mosquitoes are found throughout the Americas except for Canada and Chile where it is too cold for them to survive, and across Asia.

“Global Aedes albopictus distribution 2015” by eLife is licensed under CC0
Is there a cure?
Currently, no vaccine exists. However, in June 2016, Pasteur Institute in France found that both dengue fever and Zika can be neutralised by the same antibodies. This discovery leads to the possibility of a vaccine which could tackle both viruses.

According to WHO, people diagnosed with the Zika virus should get plenty of rest, drink enough fluids, and treat pain and fever with common medicines and painkillers.
How can I avoid catching Zika?
Clothing

Use insect repellents containing one of the following active ingredients: DEET, picaridin, IR3535, or oil of lemon eucalyptus or para-menthane-diol.
Do not use insect repellents on babies younger than 2 months old.
Do not use products containing oil of lemon eucalyptus or para-menthane-diol on children younger than 3 years old.

Stay in places with air conditioning.
Keep windows and door screens closed to keep mosquitoes outside.
Use mosquito nettings to cover babies.
Sleep under a mosquito bed net if air conditioned or screened rooms are not available or if sleeping outdoors.

History of Zika: Where did it come from?
Video

The Zika virus was first identified in Ugandan monkeys in 1947.

The first human case was recorded in Nigeria in 1954.

Most Zika cases were small and had not been considered a major threat to human health; however, in May 2015, the first case in Brazil was reported, and Zika has spread rapidly since.
For More Information
Centers for Disease Control and Prevention – Zika Virus Fact Sheets

BBC News – Zika outbreak: What you need to know

The Telegraph – What is zika, where did the virus come from and what happens if I catch it?