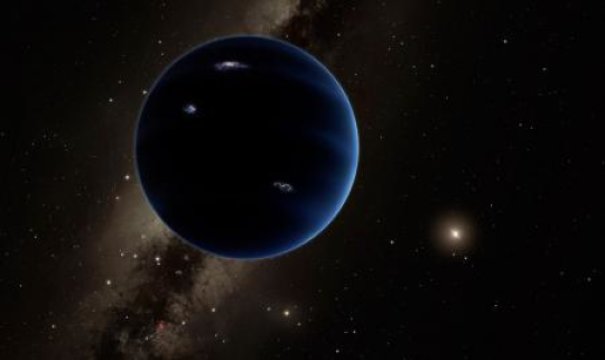 First of all, let’s be honest – Pluto is not a planet. I’m sorry to all Pluto-enthusiasts out there, but if we are going to include Pluto into the list, then we’ll have to add a few hundred more objects to the planet roster as well – a daunting number for elementary children studying astronomy.

But good news – we have a (possible) planet to replace it! The hypothetical gas giant “Planet Nine” was first proposed in 2014 by astronomers Scott Sheppard and Chad Trujillo, and the work continued by Mike Brown and Konstantin Batygin, seeing as how several trans-Neptunian objects – including Sedna, the largest observed trans-Neptunian object other than the classified dwarf planets, have orbits that collides around a single space, and lie almost on the same plane – an event with a likelihood of 0.007% of happening by pure chance. Furthermore, Planet Nine would explain other strange occurrences in the Kuiper Belt – several objects with flight paths perpendicular to the plane of the solar system, or others that should be dragged towards Neptune being further off than expected.

Given some complicated mathematics and physics, the planet is given a hypothetical mass 10 times that of Earth, and orbits the Sun from 20 times as far away as Neptune – with an orbital period of 10,000-20,000 years (and here we are, thinking our short winter is so long). It is theorized that in the beginning of the solar system, Jupiter and Saturn catapulted Planet Nine, along with Neptune and Uranus, further out – which explains the hypothetical planet’s massive orbit. And given the approximations, Planet Nine won’t be a repeat case of Pluto, satisfying all three standards for a planet – that is, if it is observed to be real. Keep in mind, all of this data are approximations and hypotheses from indirect evidence.

So, all the evidence is there – all that remains is to actually see it for ourselves. With any luck, we’ll all forget about Pluto, and officially bring back the nine planet family.