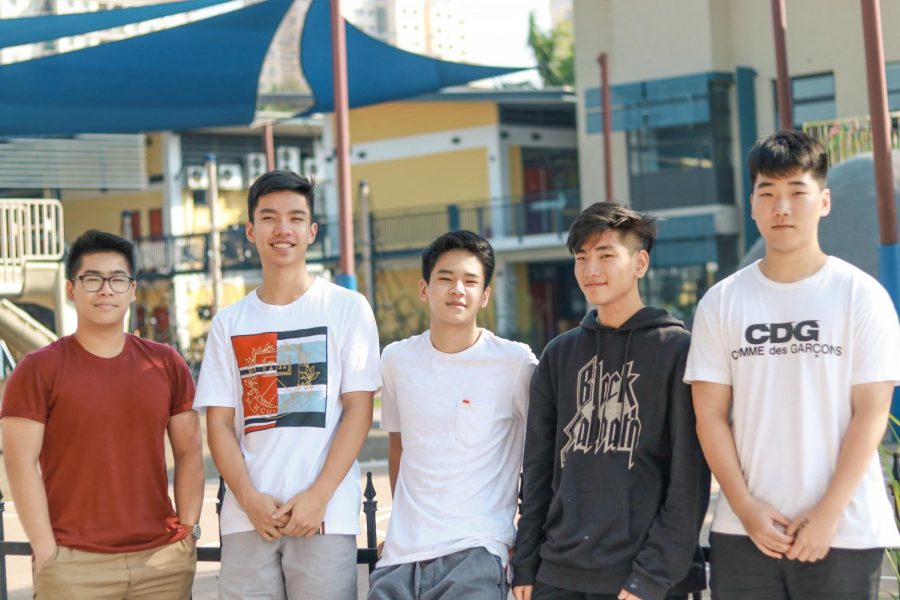 On February 1st, 2019, a new assembly band, Avenue V, broke onto the school scene by putting on a performance of ‘Everytime’, by Boy Pablo, during an HS assembly,  and have continued to maintain a constant presence in the community since.

Avenue V is a student-led rock band that started in September 2018. Avenue V started out with five members last year with five students who are currently in Grade 10: Benjamin Knaggs as the lead guitarist, Thanh Nguyen as the keyboardist, Huy Nguyen as the rhythm guitarist, Eddie Lee as the drummer, and Traves Lee as the bassist.

The idea of the band was created during the Grade 9 trip to Cat Ba. “During camp, our first ‘idea was to form a 3-man ukulele band,” said Huy Nguyen, “but after that, we found a keyboardist, and a drummer and the idea for a rock band was born.”

The members’ interest in the rock music genre and their enthusiasm for playing music together is what brought them together. “[I wanted to] have fun playing along with my friends,” Traves Lee said.

Entering the 2019-2020 school year, Avenue V has made some exciting new changes that they believe will improve their band. Added to their roster are Gia Khang Vo, a Grade 10 keyboardist, and Peter Seo, a Grade 11 vocalist. “There’s definitely going to be more things we can do [with them],” said Eddie Lee.

Moreover, the band has decided to take initiative towards writing their own songs. “One thing I am excited about is creating our own songs,” said Knaggs, “[We will] add our own touch to the music we perform.”

As Avenue V is student-led, their practice schedule varies week by week and has to be flexible according to each of the members’ lives. Events such as MRISA soccer have, at times, hindered their efforts to practice and perform. However, they are still able to find the time in between their various other responsibilities to practice together. The band looks for a variety of locations to practice such as the school’s recording studio, the theater or the houses of members. “[During practices,] we run through entire concerts, [including] introductions, transitions, et cetera,” said Lee.

The members of Avenue V  make decisions together as a band regarding their performances, such as venue, songs, and even specific genres they want to focus on. “[Band members] will propose ideas and we all agree on it,” Knaggs said. “It has to be mutual.”

The band performs every two weeks at HS assemblies and performed at the 2019 spring fair. At assemblies, the band coordinates with the HS Senate, who run the assemblies, to play music accordingly. “We just want [students] to see high school kids enjoying music,” Huy Nguyen said.

Knaggs commented on how the band enjoys the flexibility they have around the genres of music that they can incorporate into their performances, “(We) get to be in control of what the high school hears, classic rock, funk, the ’70s and the ’80s.”

Outside of their assembly performances, Avenue V constantly looks for opportunities to play at events. In the future, the band looks to expand their experiences musically and play at a higher level. In regards to their progress so far and what is to follow, Eddie Lee said, “[We want to] show our audience a newer and better Avenue V.”

Though the band originated from simple interests, the band members hope to motivate the audience with every performance. “(My hopes are) to inspire others… primarily to bring back rock to the mainstream,” Knaggs said, “I think if we put our mind to something, we can get anything done.”