The Rise of an Anonymous Student-Teacher Feedback System 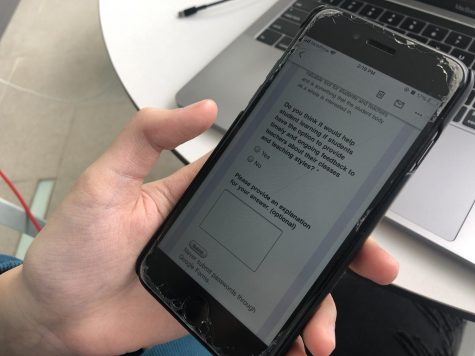 Education systems and techniques have faced criticism and reform in cycles for centuries. New concepts such as student-teacher feedback models have helped educators get a sense of what students need and how teachers can work alongside them towards establishing a helpful environment for their pupils. This year, the UNIS Hanoi Senate has decided to develop and implement a cooperative yet anonymous, student-teacher feedback system to give students some agency in shaping their education.

UNIS has had feedback systems before; in the past, teachers received feedback through an anonymous annual survey. After the transition to a new high school administration in 2017, the survey was discontinued. According to Film teacher and HS Senate advisor Jackson Garland, “Teachers have been encouraged to ask for feedback, but not all follow through.” Additionally, students state that their hesitance to provide direct feedback is caused by the fear that teachers will “see [them] differently” and classroom dynamics will shift drastically. As a result, students have had no platform to share constructive feedback anonymously.

In late 2019, a group of students in the Senate proposed a constructive feedback initiative through a survey. When asked if they were interested in establishing a new system, nearly 93% of student respondents from the high school student body agreed that “it would help student learning if [they had] the option to provide timely and ongoing feedback to teachers about classes and their teaching.” Many stated that they would appreciate having a regular, anonymous mode of communication in order to make learning a more “effective” and “inviting” experience. One student said that having the choice to voice her struggles and suggestions could help minimize her and classmates’ frustrations in certain classes: “Sometimes, during certain classes, I am unable to decipher what the teacher is trying to convey – and that is due to the way they have structured the class. So, in that sense, I would like to make some input.”

The seven percent that disagreed with the proposal either mentioned that the system “functioned well” or believed that teachers “[have] fixed [teaching] styles [and] even if the teacher changes, the[ir] old habits will gradually appear again.” The student-teacher feedback system is completely optional and will be available for every high school student, at any point in time. The hope is that in offering a platform for all students to express themselves, teachers will be open to change and implementing new systems within their classrooms.

While many teachers have come to support the system, some were wary with concerns that students will take advantage of the system to make personal attacks or inappropriate comments. Concerns like these, though rational, can be placated through the engineering process: the feedback system has been designed so that criticism is not only censored by a neutral party for appropriateness but also constructivism and progressivity. Feedback models benefit from a filtration system so that teachers can receive clear, constructive, and direct commentary. The Senate and the high school administration is currently considering options for a neutral third party to filter the comments, including the tech office, who have experience working on the former feedback system.

On a more important note, the system itself is open to constructive criticism from the teaching and learning community. A crucial ingredient in establishing and maintaining the system is continuous member involvement. The cooperative can only flourish if the student body and teaching community put the effort in to make it work.

Students embrace many types of feedback from teachers; we receive written comments, quarterly and annual report cards, and even individual suggestions here and there. But as Garland mentioned, most of the time “it’s a one-way flow of feedback.” With this incoming system, students will have access to direct and anonymous means of communication, every day of the year. The Student-Teacher Feedback System initiative is a progressive step towards fostering positive learning environments, increasing student agency and enhancing communication in the classroom. Not only will it teach students to take responsibility for their own learning, but it may also ameliorate the relationships they have with their teachers.