iBlock Exploratory Classes: Why They Should Be Optional 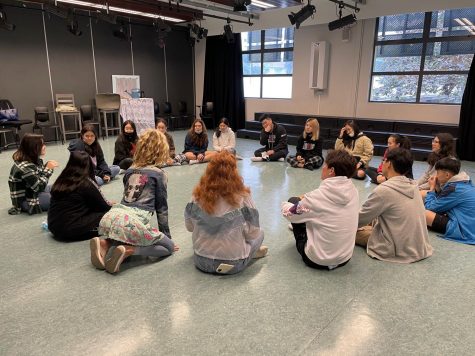 iBlock exploratory and interdisciplinary classes have been one of the required classes in the Middle Years Programme (MYP), ever since the course’s creation and implementation in 2018. This change brought forth many positive effects to students’ learning as a whole, according to several faculty members. On the other hand, this has also been “one of the most controversial decisions made by the school,” as stated by Clemens Schmitz, a 9th-grade student.

According to the UNIS Hanoi 2019-2020 handbook, “iBlock provides new ways for students to engage in learning experiences that enrich and expand their educational interests.” However, the recent effects that had been created as a result of the iBlock program have been contradictory to the purpose of the program.

While iBlock is supposed to offer an opportunity for students to expand their educational interests, this has not been the case due to a myriad of reasons. One of the main factors has simply been down to the availability of the courses. According to Jakob Troger, a ninth-grade student, “The biggest problem with iBlock is the fact that the options are very limited for what we can do.” While there are certainly some courses that students find informative and interesting, this is unfortunately not the case for most students. Troger added on to say, “Last year I had no choice whatsoever and was stuck with gymnastics, ceramics, nothing for the third quarter because of COVID-19, and learning the UN in UNIS. None of these I chose.” Troger isn’t the only student who has been highly dissatisfied with the course selections.

There was a survey conducted at the start of the year among ninth-graders with the aim to make iBlocks optional. It gained over 60 signatures in the first three days. While it has not been officially submitted, considering how this was around two-thirds of the entire grade, the idea of making iBlock optional is a sentiment that many students shared even from the start of the year. Yet what is stopping the school from at least considering making iBlock optional?

Moreover, students have been shown to benefit more from ‘study blocks’ rather than the current iBlocks. More than anything, ‘study blocks’ give students the opportunity to catch up on their work while pursuing their true interests at the same time. According to Cheryl Hordenchuk, the HS Deputy Principal, “the purpose of iBlocks is to give the students the opportunity to learn about subjects they find interesting.” However, this is sometimes not the case. While students would normally be unable to participate in the subjects they are interested in during iBlocks, based on a study that found that all interviewed students had at least one iBlock class they didn’t sign up for, ‘study blocks’ give such students the opportunity to do anything they desire. If students are interested in art, ‘student blocks’ allow students to work on an art project. If students are interested in architecture, students can work on online courses during ‘study blocks.’ Is that not what iBlock is supposed to be about? Following students’ purest interests and passions?

According to the official International Baccalaureate (IB) website, the MYP comprises 8 subject groups—none of which involve iBlock courses in any shape or form. If iBlock is not required as part of the MYP, it is clearly not even a subject that the MYP curriculum views as necessary. Ms. Hordenchuk has also stated, “iBlocks can be removed without any consequence because they are not required by the IBO.”

Considering this factor, iBlock is certainly something that can be easily removed without much consequence, and it is abundantly clear that iBlock should definitely be removed, or if not, made optional. Instead of serving the intended purpose, iBlock has been doing the polar opposite with the limited class options; students will clearly be benefited more from free blocks as alternatives, where they can completelyc explore and develop their passions.