Comedy Hits the Stage in the 2020 High School Play 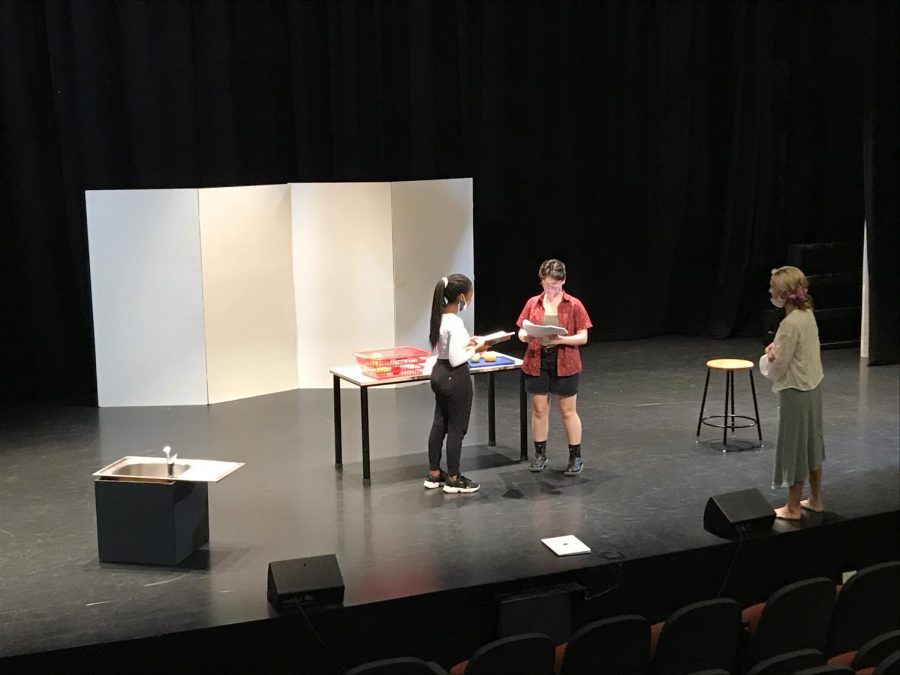 For the first time since early last year, the UNIS community was able to come together and enjoy the annual HS play, taking place on the 29th and 30th of October and the 1st of November.

Georgia Crinis, the new high school drama teacher, directed her first UNIS production, “Time Flies and Other Short Plays” by David Ives, which included 9 one-act plays in one production, and according to a number of students and teachers, it was a huge success.

The production team held their rehearsals every Tuesday and Thursday.  Crinis explained that each short play had a cast of 2 to 6 actors instead of the usual larger cast in one production with one storyline. “Most of the actors were bringing lots of energy and good fun, their energy was exciting and colorful,” Crinis said.

“Time flies and Other Short Plays” was an ensemble piece, meaning that there was no singular main character due to the numerous short plays that were performed. Crinis explained that every single actor had equal importance to the narrative and to the story. “Every play has potential for excellent characterization work and every actor involved has an opportunity to really create an interesting and entertaining character,” Crinis said.

The actors also shared similar sentiments regarding the ensemble nature of the cast. “I am glad that the play allows every single character to get the spotlight,” said Grade 9 student and actor Katherine Kim. “It provides great opportunities for all of us.”

Due to the numerous restrictions in an effort to maintain the low numbers of COVID-19 cases, UNIS cancelled or changed many events that were planned to happen in this 2020-2021 school year. Luckily, the HS play was able to take place and surely gave the UNIS community some happiness and joy in these difficult times.