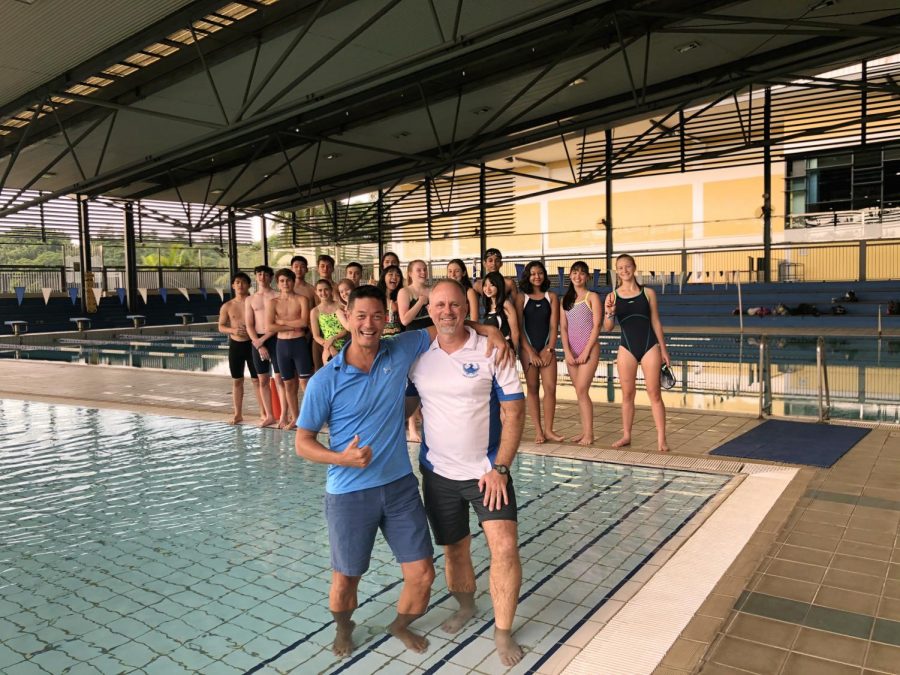 In the UNIS swim team, the head coach is responsible for over 200 swimmers. For the past 7 years, that position has been held by Coach Andy Myers. However, as Coach Andy Myers is now retired, the torch has now been passed onto Coach Martin Hamilton.

Coach Hamilton’s appointment as Aquatics Manager was no surprise for the swimming community due to his amazing resume and his contributions to the swim team in the previous year. Last year, he worked with both the Elementary and High School squads. His impact was most notable when he introduced USRPT (Ultra Short Race Pace Training) to the high school swim team training. With the new style of training, he was able to produce the strongest high school squad in UNIS history. In addition, he also assisted the PHE Faculty during Swimming Units to ensure fun, entertaining swim classes. Before moving to UNIS, he was the coach at the GEMS World Academy. With his effective training plan, their swim team became the most successful swim team in the Emirates. Additionally, he was the Head Coach of the Malawi National Swim Team.

As the new UNIS Aquatics Manager now, Coach Hamilton plans to bring many changes to the swim team this year.

One of the most notable changes he has done recently is creating swim groups based on skill level instead of just simply age. By doing this, Coach Hamilton hopes to create a more competitive atmosphere during training as swimmers will be able to race people on the same level as them more often.

In terms of training style, Coach Hamilton plans to continue using USRPT and apply it more often throughout the school year. He supports USRPT because he believes that it helps swimmers feel “fresh” during training. Oftentimes, swimmers feel a bit sluggish in the water with the traditional way of training. By using USRPT, Coach Hamilton helps eliminate that feeling as swimmers will get a chance to race more often and increase racing muscle memory development.

Finally, Coach Hamilton is determined to increase the size of the swimming community in hopes of creating an even stronger swim squad in the future.

“It’s exciting and challenging to be the Head Coach now,” Coach Hamilton said. “It is kind of scary being head coach since there is a lot of work to do and there are many swimmers.” With upcoming meets containing strong competitors (such as schools from Shanghai and Manila), Coach Hamilton has big responsibilities in both training the swimmers and organizing the swim meet. However, he is embracing the pressure and confident that everything will run smoothly.