Campus Card System Gets an Upgrade 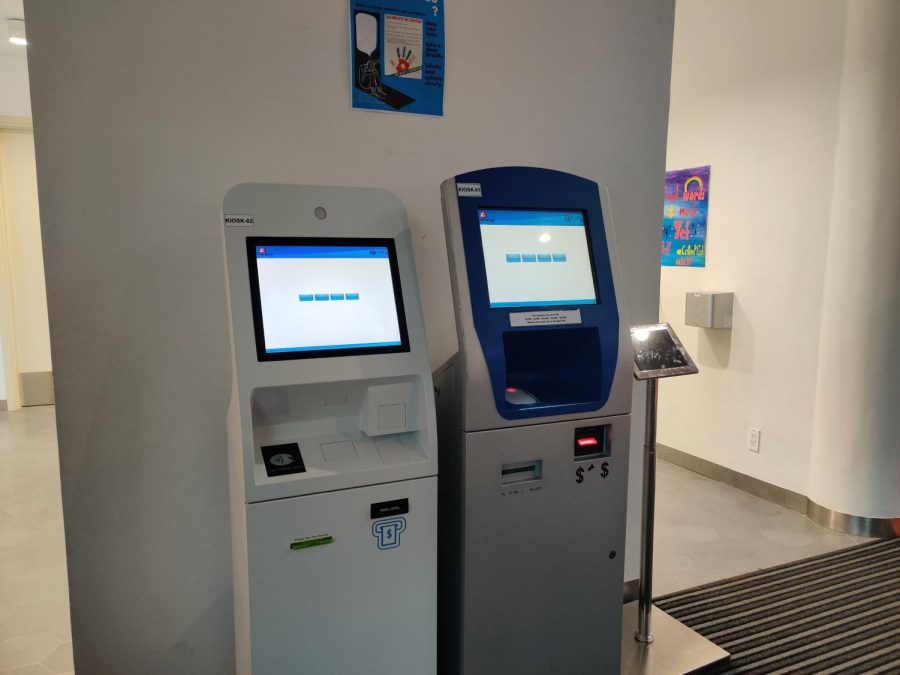 The phrases “excuse me” and “sorry” are often heard during the rush of the MSHS lunch period every day. Long lines for the card top up machines and the panini, pasta, and salad bar area have lead to congestion near the main entrance of the canteen.

In the past 1-2 months new line ropes have been installed to keep the lines from stretching so long. Students have been struggling to go inside the canteen without being interrupted by students in line waiting for the KIOSK machine, where students can add money to their Campus Card balance. The main reason is the slow KIOSK machine, which triggers students to stay in the queue longer.

The old campus card system, which is an app-based system, had several issues with money top-up. “I have tried to top-up, but the machine wouldn’t let the money go in,” said Christine Shin, a Grade 10 student. The old campus card system was used since 2007.  Christine Shin said that students have been struggling with topping up money using the KIOSK machine. This started to become a more prevalent issue when the middle and high school students shared their lunchtime, as it caused extremely long lines with students needing to top-up their cards.

Nguyen Quyet Thang, a staff member of UNIS tech support, said, “The tech support has been aware of the issue the old campus card system has been creating; therefore, [we] have planned since 2018 to create a new system”.

Although the new machine is still in its early phases, the tech support team indicates that once it is finalized, it will be replacing the old machines.  Newly replaced KIOSK machine although have been receiving positive feedback from students. “It was frustrating to go through queues for KIOSK machine, merging with the queues for the pasta, but I can see that the queue for the KIOSK machine has noticeably reduced” said Grade 10 student Gyuin Kim.

The new KIOSK machine, currently placed where the old campus card machine used to be, is going through a beta test and if finalized, the tech support is planning to replace the remaining machine with a new machine.