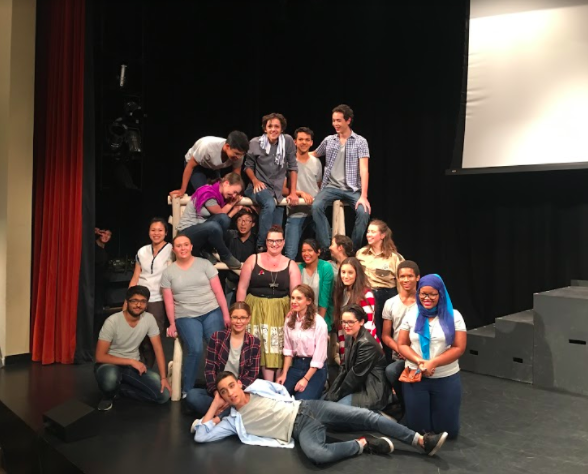 Why are you excited for this particular play, The Laramie Project? 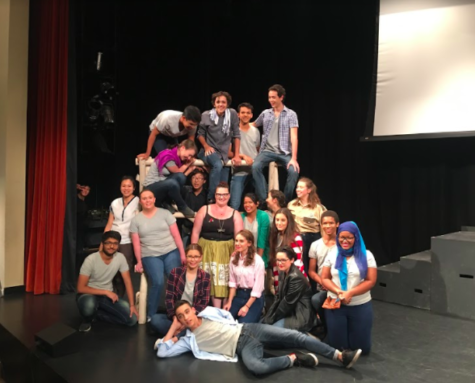 “It is the first play that UNIS has done in this nature and I’m really excited to express myself in a play that is bigger than myself about really prevalent issues in our society today.”

“The Laramie project is a thrilling experience. Not only does it convey a powerful message but I feel it unites all kinds of people around the world. I believe that play possesses a power unlike any other which reaches out to multiple communities about acceptance and love. Love binds all people, and The Laramie Project is a commemorative piece which illustrates just that.”

“I’m really looking forward for the laramie project mainly because of the fact that this is the first time UNIS has ever done a production like this. Laramie Project isn’t just about entertaining the audience but also engaging them, teaching them something through the use of theatre”

“This play is unlike anything UNIS has put on before, I believe. For a start, it has a two and a half hour duration, making it an intense experience for both the crew and the audience. It tackles some topical and dark themes that we wouldn’t really find in shows like Midsummer Night’s Dream and Once Upon a Mattress – there are some controversial moments, and though we’ve tried to tone some parts down, some serious and strong points are being made. The play is permeated with these undertones of anger and regret, with some moments of beauty and power we wouldn’t see in previous shows. Although some may well find The Laramie Project too somber, it leaves a lot to think about, and I think that everyone will be able to connect to the moments in the play, with their own personal interpretations.”

There is a very obvious answer that this year’s play is marking a significant first for the UNIS community and beyond as the preparation for The Laramie Project has been rehearsing for months in the past and was promised to be a promising. Showing the opinions of the cast themselves serves how the play has served to be a learning lesson for not only the audience that soaked in the heavy weight of the surreal events of what happened in Laramie, but also how the actors themselves had to be the right tool to transfer the energy and message of this masterpiece. As being an audience member on the second night of the play, the touching, raw and unrecognizable character of my peers made me appreciate the real love for theatre that many of us share and how it is not only an artform but a message, to project mistakes in history that we can learn from and better for ourselves for in the future. Incorporating the quotes before the show demonstrates how the play impacted the actual cast and the people who had to act as insiders’ to delve into these real life characters. The Laramie Project post production and performance had positive feedback and served as an area of seriousness that was new for the UNIS community.