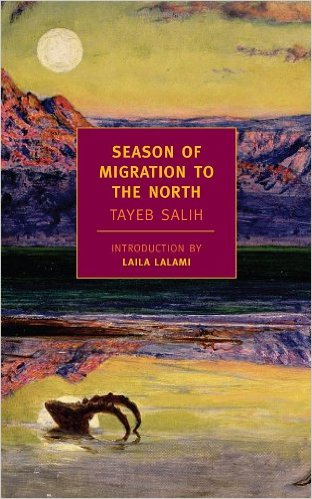 This product is for the written task 1 for the DP Language and Literature course. The product is usually preceded by a rationale, but to deepen your understanding, the rationale has been placed below the task. Thank you and enjoy.

I felt the rugged texture of the aged leather handle under my fingerprints, swaying my briefcase as doubtful drops dribbled down my fingers. I was on a train from Harlem to Grand Central.

I stepped off the train only to find myself stranded in the center of a human whirlpool, as the gray waves of forever rushing businesspersons alike capsized the very spot I stood in. The station had an overwhelming and satisfying high-like oil spill odor, so forceful the atmosphere was drowning as I found myself sniffing for more. I progressed to gulping for volumes of fumes, as my mind phased through to the stories belonging to Doutzen of Amsterdam.

“The slick darkness exponentially spilled into my widened pupils as I anguished the inevitable.”

As I walked by the canals, glued eyes of men followed my every click and clack on the cobblestone streets, just as though my every strut offended them. I seemingly caught myself in front of the looming office building, that enclaved my very presence. It was almost dawn when the warm northern Sun should have peered through the antique skyline of Amsterdam, bringing light to the mesmerizing slim architecture. I had an abrupt discovery only to realize the low smoky clouds, unconsciously rejecting all goodness and light from the awakening citizens. The twirling entrance swallowed unblemished souls into the opaque lifestyle of an office worker, fooled by deceptive advertising created by society’s norms. I submitted to the norms giving up my last drop of humanity to the heathens guarding the entrance, handing my badge as identification. I stepped into the metal cage that was sending me to the end even though I was heading for the heavens. The absence of color in the cage, as we gained altitude, drained the penultimate seed of curiosity while the very tissue in my skull degraded into society’s propaganda of how the world works. This was the way life was meant to be lived they said, to grow for the sole purpose of soulless work. There was no silver lining, not even in the clouds that held back the rays of Sun that day – or any day for that matter. Eight hours of work each day, of each week, of each month, to only fulfill someone else’s dreams other than my own. The automated clicking of keys by soul-stolen slaves of the Underworld Corporation sounded non-stop for two hours before a break, then again before a 30-minute lunch. I used to be a girl with aspirations, with goals, with dreams beyond our Earth but clouds of smoke, produced by society’s propaganda of happiness through hard-earned money, diluted the saturated night sky of passion.

I faded back into reality, realizing that I was plotted dead center of Grand Central, on my way to my first big corporation job, where I – likewise to Doutzen – was bound to work in a similar Underworld office. I was suffocating in a sea of doubts, as the stories of Doutzen of Amsterdam creased the very tissue of my brain, straining all sense of certainty. This was the life they said was meant to be led. This was the way ultimate happiness is supposedly acquired – through hard-earned money, after long hours at work. Was there another way? As I stood frozen in the warm rays of Sun coming through the 20-meter high, arched panes, dazing in the light, I found myself in my high school art classroom. “Oh, naïve one! Society mocks me, for I can warn you, prolong you, or even kill you – nevertheless in all attempts of savior, the path has already been paved with cobblestone lies to the inescapable calamity.”

Restful in the depths of the satisfying clay, my hands worked the slip like a baker does with his dough. This was my way of meditating and closing out the world around me. My mind did not have to work one second as the instincts of my hands magically made a sculpture appear in under an hour. It had no meaning, and I didn’t require one. My happiness came from self-fulfilled satisfaction. An accomplishment, so simple but significant, that a smile was the inevitable effect. Walking into that class, welcomed the body as a whole with the inviting warmth radiating from the kiln in the corner. There was a synergy between the variant highlights of scents coming from the acrylic, the clay, oil, the wax, merging together to create one relieving aroma. As I was working, I encountered Ms. Breeze, who snuck behind me, floating above my right shoulder, while she stood mesmerized. She looked at me, then at the clay, then back at me. She took a second to process what she just saw, gathered herself, opened her mouth. The words that sung out between her perfectly straight teeth still fill me up with joy to this day. “Only you, out of everyone I have ever met, has this gift,” she said, “don’t be fooled by what they say, this is your only chance to be happy, day in and day out for the rest of your life. Follow your hands, follow this.” She whispered this as she was holding my shoulders, looking dead into my soul with desperation, followed by her hand tapping on my sternum. Then it clicked – for the first time in a while.

The uncertain was certain again, as a quick 180-degree turn on my left heel, placed me directly in a path from myself to my high school, yearning beyond the Earth, as I endured the forceful deception of the Underworld office life. I tightly grasped the aged leather handle beneath my fingerprints, like my humanity depended on it. Every step I took towards the ticket booth, the weaker the propaganda noise became, and my stride became sanguine. The entirety of my body was indulged with the curious passion of which I once had in my high school years. I was on a train from Grand Central to Harlem.

During Unit 10 Part 3, we were analyzing Chapter 7 of the novel, Season of Migration to the North by Tayeb Salih. A literary element that we talked about were the flashbacks where the narrator reflects back on Mustafa while traveling through the desert. It interested me because it was a simple technique, but made a significant difference to understand the Narrator. This technique helped show unfiltered thoughts as he ponders on religion. The focus is to demonstrate how the formal elements – flashbacks, change of narrator and metaphors like Salih – influence the understanding of the emotional conflict of the narrator.

For my Written Task, the literary technique of flashbacks was the focus while emulating Salih’s style with a different contextual story. A narrative piece emulating Chapter 7, was made incorporating personal allusions, metaphors, and imagery to exemplify Salih’s formal diction and setting descriptions. The context of the task was similar to Chapter 7 where the Narrator is traveling and has flashbacks. I chose this text type because it shows how similar techniques in different contextual stories can have similar effects when it comes to an audience’s understanding the emotional dilemma of a character.

I emulated Chapter 7 by having the narrator traveling and having two flashbacks both prompted by a quote from Doutzen, like Salih. Similarly, metaphors and imagery were used to thoroughly describe the settings and emotions. There was one change of Narrator to Doutzen’s flashback like when Mustafa takes over the narration. This was done to show perspective and indirectly characterize the Narrator and his emotions. There were allusions incorporated with Amsterdam like Salih with Africa, “slim architecture” and “cobblestone streets” to help create a context for the audience about the narrator. Likewise, a typical Dutch name was used for the static character similar to Mustafa.